Smith, Robinson & his wife had left the coastal area and headed inland to Salisbury. They had been given a number of places to obtain information on in the area.

After settling in and getting their covers established, they had started their information gathering. First on the list was out to the north of Salisbury near a place called Porton. Smith and Robinson used their van and parked in an out of the way area and tried to get closer. They reached a small copse 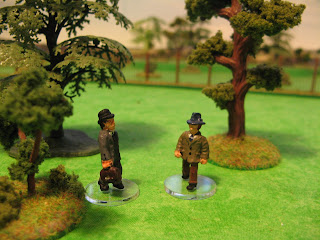 beyond was perimeter fence, and a couple of small huts in woodland.. 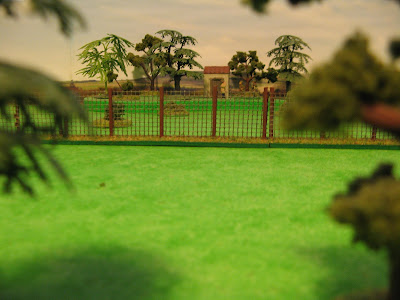 they couldn't see much. This was going to be a difficult one for them - all they could think initially it was a special storage or research facility.
Posted by tidders at 05:21