Henry Smith (aka Heinrich Schmidt) trudged across country and came to a farm track which he followed for a while - he spotted a ramshackle building where the track joined a road ... 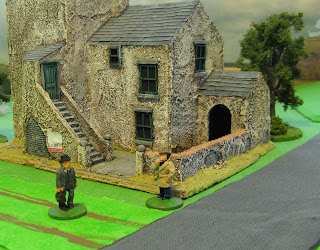 .. as he approached the road...a man in an old trenchcoat tried to acost him saying "Want something guv ? cigarettes, petrol coupons ...?"; Henry Smith responded with a curt 'No thanks' and turned left onto the road (phew he had nearly said 'Nein danke' - must think in english he repeated to himself...). He followed the road for a short distance then he could see a town - might be Wareham he thought and continued on his way ....
Posted by tidders2 at 03:04 4 comments:

General Von Tiddenheim commander german Army Group C, had been summoned to Army Group A headquarters for a meeting to review the invasion plans (the venue a small château to the north-west of Paris.)
Up early in the morning, he waited impatiently for his staff car...

The car finally arrived, a rebuke was given to the driver for being late ... 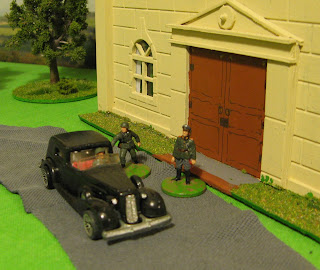 After a short journey to the railway station, von Tiddenheim boarded his train - the general put his feet up and sat back enjoying the view from the window ..... 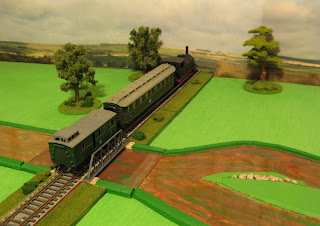 On the journey he mulled over his approach to the meeting it would give him an opportunity to possibly request some additional units - some of the new Panzer III's would be nice - but he didn't give much for his chances of getting them - what he really wanted was some airborne troops - he would have to argue his case well to get them ... he also wanted to ensure he got the latest intelligence reports....
Posted by tidders2 at 12:00 1 comment:

He woke from his exhaustion a few times in the next few hours, at the first he was even further away, later a sea mist came down and he did not have the foggiest idea where he was, but finally as dawn was beginning to colour the sky, Henry bumped ashore in Southern England.
Time was against him, by now he should be far inland, waiting for the morning to move onward to Wareham and thence to approach Poole harbour from inland.
Not knowing quite where he was, it was imperative to hide all traces of his landing. Taking his knife he slashed holes in the dinghy and pulled it out to sea before weighting it with rocks and sand.

He turned and walked inland draggind a skein of seaweed behind to mask his footprints, only to walk straight into a line of barbed wire a few yards above the waterline.

As the light improved his initial thoughts that this feeble defence line would not stop a single German soldier faded, he could make out the universal skull and crossbones sign of a minefield.
It could only be a score of yards wide but he had to cross before it was light enough for the defenders to see and shoot him.
Ducking beneath the wire he took his first tentative step....
Posted by Douglas at 13:36 No comments: 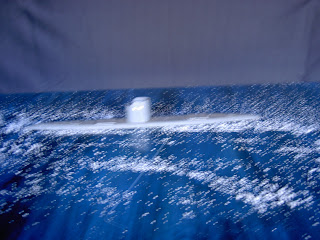 Glancing back at the U-boat as it sank beneath the waves, Heinrich gazed northwards towards the coast.
The tide was running from the West at about 4 knots, the wind from the East at about 3.

He turned the prow towards the shore, about half a mile away and dug the paddle deep into the water.
For the first few minutes he made progress until a sudden gust of wind drove him back.
He turned into the wind and paddled on, a surge of tide swept him westwards parrallel with the shore, another swept him in towards the beach, only for a change in the wind to force him back out to sea.

He could feel his strength ebbing, wearily he paddled on, the waves cast him this way and that, the wind veered and backed like a mad thing, the tide surged and ebbed. His strength was failing fast,

Was this how his illustrious military carreer was to end? 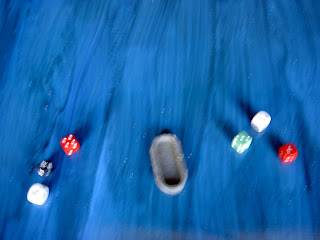