Herr Smith, Ever watchful, has found his access to the creeks on Southampton water to be coming more and more difficult as security is stepped up. But on one attempt he observes a small boat towing a canvas clad load upriver, It appears to be a very small U-boat about 15 foot long.
Knowing this to be of interest to his superiors, he includes all the details he has in his next report.
This too is becoming more difficult as detector vans periodically appear in the area.

The Kreigsmarine decide to send a small raiding force under the command of Lt Schultz to investigate.
They are accompanied by a scientist Dr Albert von Bratwurst, to study the strange craft and then destroy it. 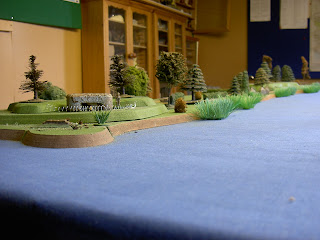 Approaching the mouth of the creek, commanded by a coastal battery, Lt Schultz decides to sail past on the other side of the river and approach downstream 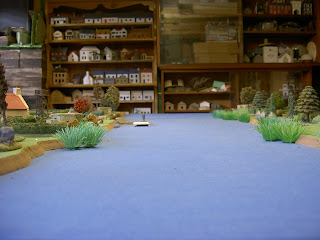 Patrol activity on the jetty and its surrounds puts paid to this and they are forced to creep past the enemy defences. 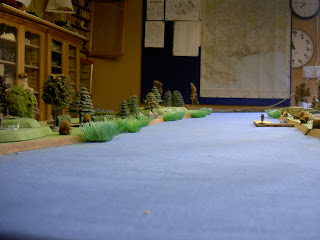 They make it safely and rendezvous with agent Schmidt at the old stone circle.He agrees to wait one hour for them to give him a copy of the report and photographs.That way there will be two ways of getting the information back. 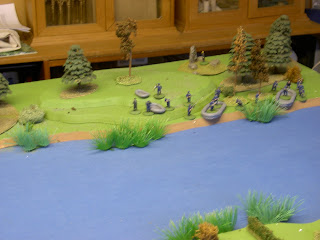 The raiders cross the river, narrowly avoiding the river patrols, the moonless night favours them. 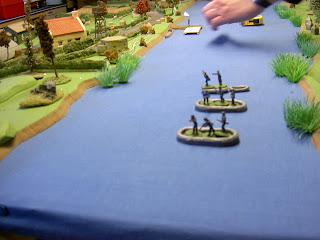 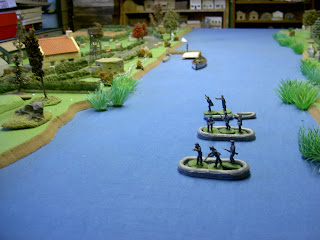 They land safely, but can now hear motor patrols in addition to the foot patrols they expected. 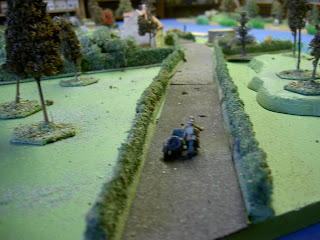 Taking advantage of every scrap of cover, they move down between the road and the river, alert for any sentries. 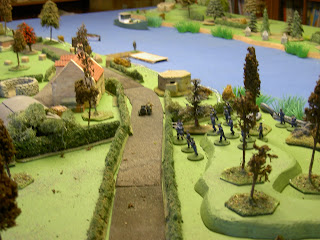 They reach a pillbox,manned only by one sleepy lookout, and after a short scuffle, silence him. 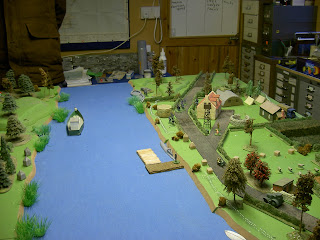 Not quietly enough, the sound reaches the ears of a dog patrol,  They turn to investigate, alert but not yet alarmed. 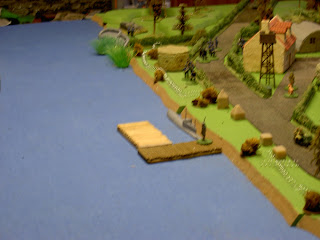 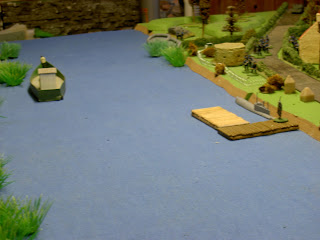 The sentry on the jetty has his back to them, so they rush him, at the first sound of a footstep on the wooden surface, he turns, bringing his rifle down.  but is struck before he can utter a word. 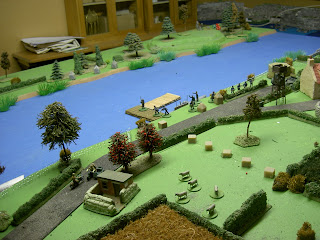 Surprised he might be, but a veteran of the BEF he is no easy target, he sidesteps the first of the attackers, kicking him into the river, then engages the second. 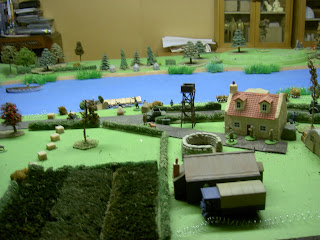 The noise alerts the sentry with the dog and he calls out the guard. 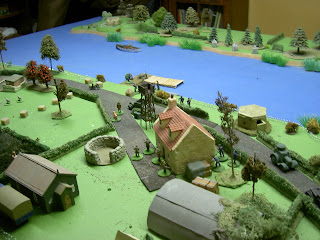 The Raiders are now up against the clock, Whilst the struggle on the jetty continues the German flank guard, line the hedge and distracts  the garrison with a flurry of shots. 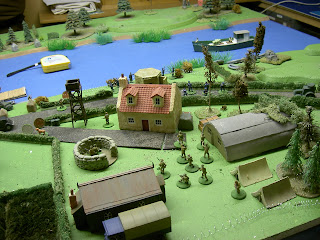 Corporal Mckenzie on the jetty slips and is hurled into the river, Entry to the X craft is now possible and the Lt and scientist board to examine the interior, Sgt Gruber .lays demolition charges whilst his men form a protective cordon. 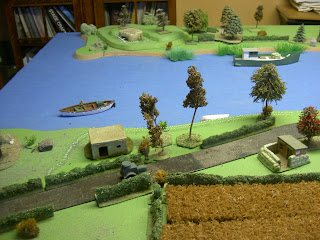 It will be needed, by road and river the defenders are rushing to the scene,
Herr Smith looks nervously at his watch, He cannot risk waiting much longer. 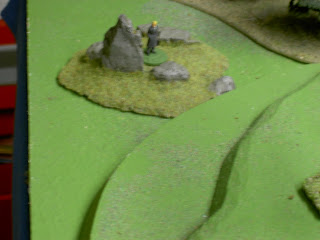 Having made a rapid inspection of the X craft and taken several reels of photographs, The Germans fall back along the bank to their dinghies, fighting all the way. Casualties are light on both sides, in the almost pitch dark it is difficult to see, let alone hit a target.

They succeed in reaching the dinghies and crossing the river, as they step ashore Lt Schultz looks at his watch.
Any moment now, he counts down the seconds  and then! 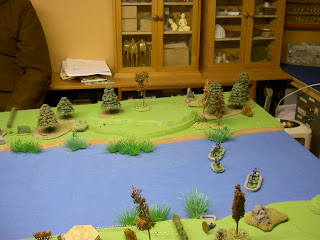 Either the charges were badly set in the rush or the british managed to find them.

He and his men trudge uphill to the rendezvous,handing over the film to Herr Smith, they proceed to a safehouse, intending to sneak away when the time is right.
The E boat pick up is scheduled for the following midnight.
Posted by Douglas at 00:56

Email ThisBlogThis!Share to TwitterShare to FacebookShare to Pinterest
Labels: game_report