At the end of the pier at Freezingham two squaddies stand, armed, with a rifle and ten rounds of ammunition each. Inside the old amusement arcade they have laboriously constructed an inner fortress of hollow timber walls and shingle from the beach,
the latrine stands inside the old Punch and Judy stand,
prompting cries of " That`s the way to do it"  whenever it is used.
Their task is not to hold the pier against the invader, but by means of their radio, call down artillery fire upon the beaches from the nearby batteries on Brownsea and behind Christchurch.
Indeed, with their line of retreat across a single plank bridging the gap the engineers have blown in the pier, it seems a place to stand and die.
` Why us?" asks Gunner Adams, 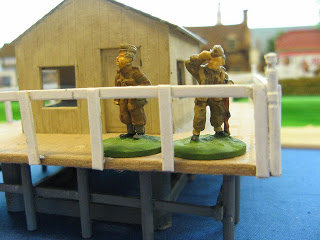 "Cos were `ere lad, nobody else` replies Bombardier Harris. 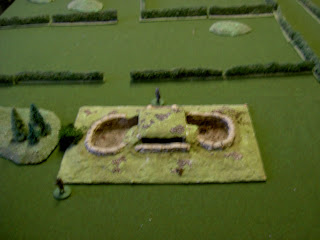 They are not alone in holding the front line.

Further along the coast, where the River  Piddle reaches the sea, Others are standing guard, watching and waiting. Ready for Anything.
Posted by Douglas at 01:48